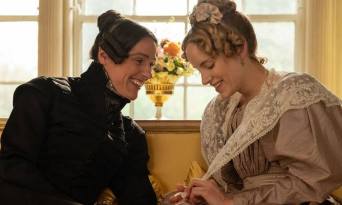 After the postponement last year it is now confirmed that the event will take place on Saturday 2 February, 7:30pm at Todmorden Hippodrome, Halifax Road, Todmorden OL14 5BB and that all previous tickets will still be valid.

Gentleman Jack is written and directed by Sally Wainwright, whose credits include the critically acclaimed Happy Valley and Last Tango in Halifax. The upcoming BBC drama portrays the life of lesbian diarist and wealthy Yorkshire landowner Anne Lister and is being filmed in Yorkshire with a cast led by Suranne Jones, Sophie Rundle and Timothy West.

Anne Lister, who was nicknamed Gentleman Jack because of her penchant for dark, masculine clothing, was a 19th-century industrialist best known for the string of female lovers chronicled in her coded diaries. Lister came from one of the most prominent families in Halifax, whose estate Shibden Hall, dating from the 15th century, is now a tourist attraction. The diaries, which were rediscovered when Shibden Hall opened as a museum, offer a glimpse of life in the Georgian era. Many of the diary extracts were decoded for the first time for the eight-part series, which is expected to hit TV screens early next year.

Commenting on the new series, Wainwright said, “Anne Lister is a gift to a dramatist. She is one of the most exuberant, thrilling and brilliant women in British history. To bring Anne Lister to life on screen is the fulfilment of an ambition I’ve had for 20 years”.

The BAFTA winner will talk about a writing career spanning over 25 years. Tickets for are available online or from Todmorden Information Centre on 01706 818181 or visit www.todmordenbookfestival.co.uk